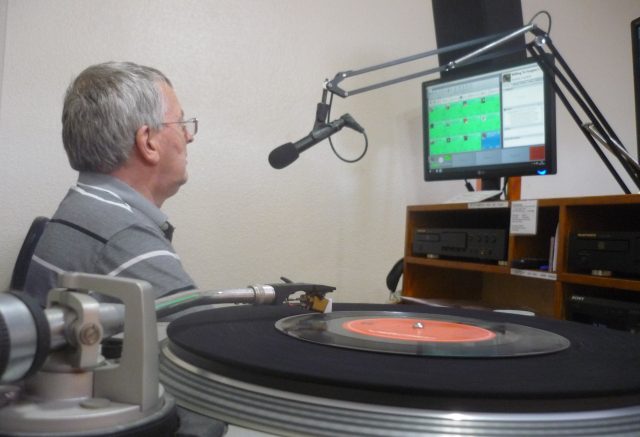 The broadcasting regulator OFCOM has today approved the opening of a new community radio station serving Tunbridge Wells, Southborough and Tonbridge which will be easily accessible on all FM radios from next year.

The news delighted the dedicated volunteers at Hospital Radio Tunbridge Wells who had  put in many hours of work over the past year into compiling the successful bid.

They had feared the coronavirus crisis would have put their efforts on hold, but the decision to give the green light to the West Kent Community Radio application went through just in time before OFCOM halted its approval process.

It is understood that OFCOM believes a vacant frequency is available in our area, although the actual frequency hasn’t been announced and it may depend on the final transmitter site. The provisional site was on high ground in Southborough enabling the signal to reach both Tonbridge and Tunbridge Wells.

The station will be able to reach up to 100,000 listeners, providing a new forum for debating local issues and building links within the community.

In a message to volunteers, the station manager of Hospital Radio Tunbridge Wells, Chris Manser (centre seated below) said: “The whole team are very excited to be able to transition our service on to your FM radios. At the same time, we will always retain the request programmes for patients in the local hospitals, as we have for some 59 years.”

Nigel Peacock (pictured seated left of picture above), who will manage the transition, said “The team have been waiting a long time to bring a local radio station to our towns and villages. We are delighted that true local radio will now return to the area”.

In its OFCOM proposal, the target audience was specified as the core towns of Tunbridge Wells, Tonbridge, Southborough, Langton Green, Speldhurst, plus related neighbourhoods and villages.

West Kent Community Radio’s primary target audience will be the 45+ age group, and the main purpose of the service will be to improve the health and wellbeing of the station’s listeners through entertainment and information.

The station promises to play music from the sixties to the present day, with album tracks, classical, specialist and live music, biased towards a lighter style for our more mature audience.

The main types of speech output broadcast over the course of each week are planned to be: “News, information, features, advice, interviews and phone-ins, presented in a friendly and engaging way with content designed to encourage and promote good health and wellbeing.”

The new station will build on the existing service Hospital Radio Tunbridge Wells, which has been serving local hospitals since 1961. You can listen over the internet on this link:
http://bit.ly/2Y4fqVZ

“Around 60 volunteers are starting to prepare the transition to FM and others are expected to join the team as launch date approaches.

“Last year, the team ran an online survey to ask what locals wanted from a new local radio station. Over 450 people responded, and those views were critical in preparing the application. The station is expected to provide a range of programming and details will follow in due course.”

Plan to Replace Fields with New Housing Between Southborough and Tonbridge

Greg Clark returns as Local MP with 55% of Votes