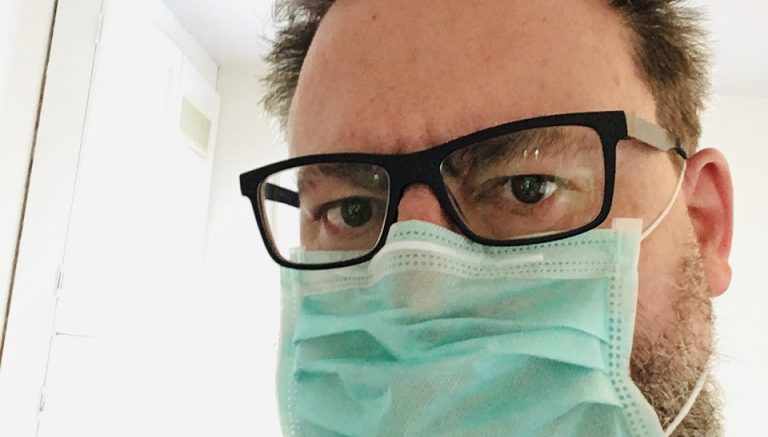 The mayor of Southborough, Cllr Alain Lewis, has said the people of the town need to remain vigilant to keep themselves safe from the Covid-19 virus, even though there are now only a “handful” of cases in West Kent.

Cllr Lewis stated: “People should socially distance in the street. If you are not wearing a mask, people should keep two metres apart.”

Cllr Lewis (pictured below) said not everyone was currently wearing masks appropriately, but he praised the community’s general response to the crisis. He said: “People do watch out for each other in Southborough.”

Cllr Lewis told Southborough News: “As far as we know there are currently very few cases, but I’m not sure how many people have been tested. I only know of one person who has been tested.”

Five months after the UK government told people to stay at home, official statistics record the number of known cases in all individual wards in the boroughs of Tunbridge and Tunbridge Wells as between 0 and 3.

The mayor accepted that the number of Covid-19 cases was lower than in the rest of England, but argued: “I think that’s due to people being vigilant and being safe and socially distancing and wearing masks and shielding – and that needs to carry on!”

Cllr Lewis said he knew only one person who had had Covid-19. That was someone who isolated after having heavy cold symptoms and found later – following an antibody test – that his illness had been Covid-19.

Cllr Lewis was optimistic about the state of the local economy, arguing that some local shops had benefited from the numbers who had stopped travelling to work and had used Southborough’s facilities more than before the crisis.

He said: “In Southborough we’ve been lucky and had a benefit from people working from home that when the shops did open fully in July there was a ready number of people available to go shopping.”

Cllr Lewis continued: “I’ve had stories that the flooring firm is rushed off their feet and a carpet fitter locally is also rushed off his feet. The cricket shop had queues of people waiting outside.”

He added: “Tunbridge Wells Borough Council have been fantastic in that the officers have stepped up and really looked how to help – and have looked to coordinate with parish and town councils around the Borough. William Benson has been a wonderful collaborative chief executive.”

He added that he’d seen many instances of neighbours checking up on each other and doing shopping for each other and talking to neighbours. Facebook pages have allowed people to reach out and ask for help.

Cllr Lewis said: “If you are ‘home alone’, contact is priceless. The social networks in Southborough have been fantastic.”

He praised the Southborough SOS group for continuing to organise people to regularly go out to pick up litter and remove weeds so making Southborough a better place for everybody to live in.

Cllr Lewis added there had been incidents of anti-social behaviour in the town arising from what he called “teenagers that possibly lost direction because they weren’t in school for such a long time.” But he thought that the problem would be eliminated now schools had restarted.

He said there have been gatherings on the Ridgewaye and Yew Tree fields with people making noise, drinking and leaving behind bottles and cans. Brokes Wood saw illegal parties: “leaving a mess which was unfortunate”.

After earlier cutbacks to police resourcing locally, Cllr Lewis said the incidents showed that “all of Kent does need to be policed appropriately.”

The new head of policing in West Kent, Chief Inspector Rachel Cumberland, is coming to listen to concerns of Southborough Town Council later this month at a full council meeting.