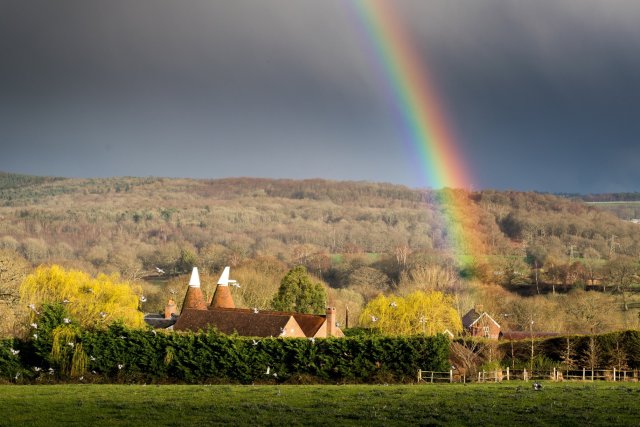 A local residents’ group has warned that a very large area – equivalent to 250 football pitches – between the A26 and Vauxhall Lane could be opened up to development if local people fail to object strongly enough to the Borough Council’s Local Plan.

The Hangman’s Hill Residents’ Association submission seen by Southborough News states that the plan for new housing on site AL/SO 3 is “unacceptably vague and unclear” as it covers the whole of the mile long strip of Green Belt land that currently separates Southborough and Tonbridge.

Serious concerns from Southborough Town Council about the plans were published on this blog on Sunday.   The official deadline is 5pm today for comments to Tunbridge Wells Borough Council, which is the planning authority.

HHRA have an email to obtain a word document template for public submissions in the format required by Tunbridge Wells Borough Council. Send an email to:
hangmans@yahoo.com

The Hangman’s Hill Residents’ Association (HHRA) argues that the proposed allocation by Tunbridge Wells Borough Council (TWBC) of the site AL/SO 3 Land at Mabledon and Nightingale Farms is not adequate for a mixed-use scheme to include land-based economic development and approximately 50-120 residential dwellings.

A committee member of HHRA said: “We have been blown away by the support from the community in relation to voicing their concerns against the prospective allocation of this site, and have been very grateful for everyone’s efforts to contribute to the campaign, and within a very short space of time”.

The Hangman’s Hill Residents’ Association argues that the Draft Local Plan just establishes that development in this protected landscape is acceptable to TWBC, and sets a dangerous precedent for the future.

Other detailed arguments made by the Hangman’s Hill Residents’ Association include: